Showing posts from December, 2015
Show all

How The Greatest Gift Became It's a Wonderful Life 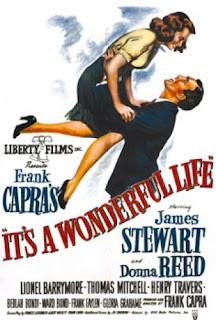 Most people know that when a bell rings an angel gets his wings. But do you know the true story behind “It’s a Wonderful Life”?
In 1938 Philip Van Doren Stern was inspired to write about a desperate family man’s encounter with his guardian angel who showed him what life would be like if he’d never been born. In 1943 he finished his 4,100 word short story, “The Greatest Gift” which proceeded to be rejected by a variety of publications from “The Saturday Evening Post” to farm journals.  As an established Civil War historian and biographer, Stern published over forty books during his lifetime, but he was unable to find a publisher for this story.

Determined to share his tale Stern had 200 pamphlets printed of his story and distributed them to friends and family as Christmas cards.  He told his third-grade daughter, Marguerite, that even though they were sending it as Christmas card to friends “It is a universal story for all people and all times”. Several months after Christmas a prod…
4 comments
Read more

How did you become involved in researching and writing about Nevada’s haunted past?  I’ve been interested in the paranormal since I was a child. My grandmother shared many stories of ghosts and ghostly experiences of hers with me. Alas, none were about Nevada. As a Nevadan, I love our state’s rich history, lore and ghosts. In early 2001 I started looking around for books on Nevada’s ghosts and hauntings and discovered there were none. This was not acceptable to me. I wanted our state’s ghosts and rich ghostly history to be shared. And so I wrote my first book, Haunted Nevada. My next was the Ghosthunters’ Guide to Virginia City. From there I continued to write, to travel, and meet people throughout the state.
What were some of the challenges you encountered while researching these stories?  When I started writing about Nevada’s ghosts I was the only one doing so. There weren’t but a handful of ghost investigators in the entire state. Consequently there wasn’t always a lot of informa…
3 comments
Read more
More posts