Showing posts from May, 2018
Show all

"One benefit of summer was that each day we had more light to read by."
Jeanette Wallis-'The Glass Castle"

Summer is right around the corner and love is in the air. Embrace the spirit of the season with over 40  books to choose from, you’re sure to find your next favorite read.

Stop by the Kindle Unlimited Romance Book Fair and find a bunch of new stories to enjoy!
Post a Comment
Read more 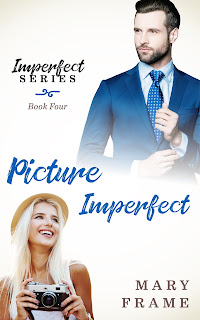 You’ve heard this story a thousand times. Boy meets girl. Boy and girl have a fake relationship. Then they actually fall in love.
This is not one of those stories. It should be. I mean, he’s Brent Crawford. He’s the new tight end for the New York Sharks. He’s one of the sexiest men alive. But his sponsors are threatening to drop him, and his job is in jeopardy due to allegations of assault. He needs someone to help recover his image.
She’s Gwen McDougall, former fashion model turned photographer and newly minted local hero. She wants more from her photography jobs than premeditated shots of B-list celebutantes, and now is her chance. She just has to agree to help Brent shine up his tarnished reputation.
They’re both young, beautiful, and talented. They would be perfect together.
Except she can’t stop making out with his brother.
This isn’t a perfect romance. Like most things in life, it’s rather imperfect.
How did the inspiration for this work come to you? The female lead in Picture Imperfect…
2 comments
Read more

What the Irish author and playwright once said of dancing also applies to writing.  Although I've long ago given myself permission to write an awkward first draft, at times I find myself tinkering with a particular sentence instead of forging ahead to finish the story. Even those of us who "know better" need a gentle reminder sometimes.  After all who am I to argue with a Nobel Prize winner?
Post a Comment
Read more
More posts