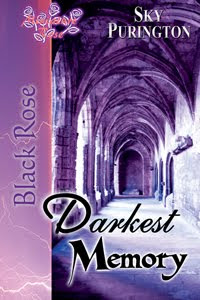 Please join me in welcoming Sky Purington. Here’s a taste of her vampire tale, Darkest Memory.

Could she remember, did she? Gabriel ran his hands the length of Calah, cupped her buttocks, and pulled her lower half against him, let her feel his arousal, his need. This was Heaven. His one light in eternal darkness. Teeth, lips, blood mixed, her blood, like molten silver and sugared wine. Like a slap in the face. He pulled back, shook his head and searched for air. Lust reddened his vision. She breathed rapidly and pushed her hands against his chest while simultaneously clenching the material of his shirt, her voice a strained whisper. “I shouldn’t have done that Gabriel, I’m sorry, I shouldn’t have. I don’t know what came over me. I just met you! ” He closed his eyes and tried to tune out her rapid heartbeat. She thought she’d been the one to instigate? He gazed into her face, swollen lips and glazed eyes. So beautiful. Her long, straight platinum hair blew in the wind. Her wide, golden eyes shone bright within his supernatural vision. Her frame, as it had been before, willowy and tall with legs that went on forever. She appeared an angel. Calah looked the same, delicately beautiful and innocent as no other could be. But she wasn’t that way anymore, not according to Alex, not according to her life. He had watched and relished the person she’d become, so strong, vibrant and independent. Calah, still herself yet different―evolved. He saw the way she acted around him, understood the complexities of it though she did not. Her heart beat rapidly beneath his palm. “I kissed you, Calah.” A warm smile came naturally, the first in centuries. “You merely kissed back.” Her full lips curled in at the corners, she released his shirt and dropped her eyes. “This is inappropriate, Gabriel.” As though she awakened from a dream, she glanced around frantically. “Where is Alex?” He pulled back and ran a hand through his hair. Then he thought twice, drove his hand into her hair and tilted her head back until her eyes met his. He let his long repressed emotions overtake. Saw no reason to take this slowly. “I desire you for more than your writing abilities, Calah, do you not realize that?” Calah spoke but no words came out. She behaved as all females did with him. Did she not feel this, know this? He felt his incisors grow again, for the fourth time since he had laid eyes on her. He growled in frustration and pushed away. He was too old for this, knew better. He had done nothing but practice self-restraint for far too long. Touching her once had snapped his self-restraint in half.

Tell me about yourself. How long have you been writing?
Though born in Massachusetts, I grew up in New Hampshire. At age seven, I wrote my first story. Suffice it to say, I won the Young Authors Award. After that, I didn’t start writing again until my late twenties. I haven’t stopped since!
How do you find ideas for your books?
History! Thus far, I’ve primarily focused on The United Kingdom, Italy and New England but intend to branch out. All it takes is 10 minutes on the history channel and multiple story ideas spark to life!

Tell me about Darkest Memory.Darkest Memory is my first vampire tale. Set in modern day Maine, it revolves around Gabriel, a medieval-born English vampire and Calah, a modern day American. Expect a little trip back to the night of King Richard’s coronation. A night of upheaval and vengeful vampires─a night of forgotten passion. Enjoy the concept of reincarnation? This might be for you.

How did the inspiration for this work come to you?
Interestingly enough, I was searching the internet for information on medieval England and came across an article about King Richard. It seems a bat flew around his head as they placed the crown. The people thought this an ill omen. I thought this bit of history a perfect event for vampires to be in the midst!

What advice do you have for aspiring writers?
Write first. Edit later. Let that creative juice flow before becoming self-critical. Set reasonable writing goals and stick to them. Find a dependable, honest critique team!

Sound advice, what are your current projects and works in progress?
Heart of Vesuvius (Sequel to Darkest Memory) is currently in edits. While Gabriel and Calah make an appearance, this romantic tale follows Gabriel’s sister, Alex and ancient Italian vampire, Salvator. With a vicious enemy on their tail, these two embark on a high-stakes adventure deep into the heart of Mt. Vesuvius. Think ancient Pompeii, Roman soldiers and gladiators this time!

Who are your writing role models?Any writer who pens a story that I would read over and over. Off the cuff─Lisa Kleypas, Christina Dodd, Teresa Medeiros and Faith V. Smith.

How do you balance your day-to-day commitments with your writing life?
With a lot of patience! My son is four and very active. Therefore, I’m a complete night owl when it comes to writing and all that goes with it. I devote a certain amount of time to various things. Usually, 1-2 hours for promo (loops, newsletter, updating sites, you name it), 1-2 hours for email correspondence and at least 3-4 hours for writing. Naturally this varies when other writing related projects come up. But I’ve found if I set a schedule and stick to it, everything goes fairly smooth!

What vampire character do you like best besides your own?
While I’ve always been partial to Anne Rice’s, Vampire Armand, I’d have to say right now…Charlaine Harris’, Vampire Eric Northman. Sighs. Swoons. Gimme a tall, Viking, blood-thirsty hottie any day of the week!

Eric Northman is irresistible! What is on your nightstand right now?Dunbar’s Curse by Faith V. Smith

What are your other passions outside of writing?
There are other passions besides writing? LOL. Just kidding! I love gardening and home-improvement. In fact, I write lifestyle articles for online magazines under a different pen name. J
What is your favorite romantic locale?
I have two!
Venice, Italy. You haven’t experienced the crux of romance until you’ve taken an evening ride in a gondola between all those ancient buildings. Ah, and the beautiful voice singing in Italian helps some too.
Second spot─which I have to mention as it’s my home away from home─Aruba’s, Eagle Beach late at night with a full moon overhead, the palms swaying in the breeze and the waves quietly lapping at the shore.

Don’t forget for a chance to win an Ecopy of Darkest Memory be sure to leave a comment by Sunday July 18th at 2:00PST

Visit Sky at her Website http://www.skypurington.com/ or Blog. http://www.skypuringtonwrites.blogspot.com/ Follow Sky at Facebook and Twitter.
Watch a book trailer for Darkest Memory.http://www.youtube.com/watch?y=bKWkXQD0Qks
DARKEST MEMORY by Sky Purington available now from The Wild Rose Press http://www,thewildrosepress.com/darkest-memory-p3939.html or Amazon.com http://www.amazon.com/Darkest-Memory-ebook/dp/B003E360BI/ref=sr%201%203?ie=UTF8&m=AG56TWVU5XWC2&s=books&qid=1279064379&sr=8-3 You can also buy the Ebook from most online Ebook sellers. 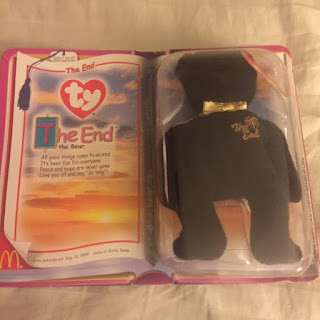 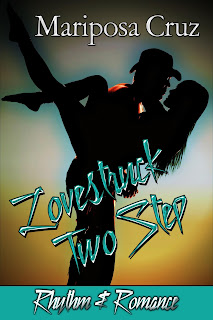